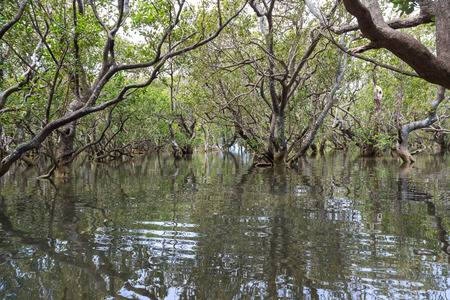 Here in New Zealand we have a native tree called a Kiwi Mangrove. Kiwi Mangroves grow in shallow water (harbours). The largest mangrove or manawa forests in New Zealand are located in Northland and in Auckland. According to many environmental experts, they are one of the toughest and strongest trees in the world because they can survive in really harsh (difficult) conditions.
For this activity you are asked to think of someone who is very tough and strong. They can be someone who you know personally or they can be a character that you have read about in a book, seen in a movie, or on a television show.

On your blog, tell us about this person. Who are they? Why are they, in your opinion, so strong and tough?
I chose the indescribable hulk because when he was a doctor he was trying to some experience on a frog when he got strucked by green lightning caused by a malfunction. When they took him back home he suddenly became a green mysterious creature. When ever he gets mad he turns into hulk. What is hulk? Hulk is very strong in many ways like lefting heavy as stuff like a tank, plane, house and even human. Why I chose him is because he is tough and strong like very storng` and plus when he gets shot by a tank ballet or a M-15 ballet it heals like thats AMAZING!!!. so what I chose is the incredible hulk
Posted by mathew at 18:17