In the Morning Room, 7 went to Tennis it was our kiwi sport for every Thursday. We got to the courts and the wind was really blowing on us the Tennis nets kept on moving away from us and we kept on holding it.

When he was talking we all were listening he was talking about how to hit the ball how to do different Technics. So then he told us to pair up and said " No we will play a game when I say head, shoulders, knees and toes then ball when I ball you grap it " So my partner was Ezekiel. So my partner and I were playing and every time he said ball we both keep on getting it. I felt like I was flash because I got the ball so fast and quick. Then he told us to go to the nets with your partner then said: " Now participate your hitting on each other, hit it as many as you can to the other person ". My partner and I were good, would say alright but good.

But than balls were flying everywhere and even the ball hit the coach when he said stop. It was just a big mess so we cleaned it but everything was alright with the coach because he said " it OK the balls are soft" we did get a chance to have a handshake him.

I really want the time to go faster so that I continue playing Tennis when I play Tennis it feels good and it even feels like I am in a tournament.

Teaching kids to play gutter board

Today around 12:44 I went to the junior area at Glenbrae school. Room 7 spit up to go to children classes so that we can teach them how to play gutter board. I was teaching the little kids they were to tech than I thought. We were reading the rules and reading the instructions to them and it was like the got it on a click will not quit but still got it pretty fast. When we were teaching them to play gutter broad only one person seemed to have won the game. Plus he was the only one who did it so what we did after teaching the kids to play we played with them taking turns, playing nicely, and being a good loser. But the junior kids did have fun and even after we taught them we saw them playing with the gutter board and started hearing "This game is cool ". So then we gave the gutter board to them then we left them to play.

I feel really happy that we taught the kids how to play because then they wouldn't have fun. 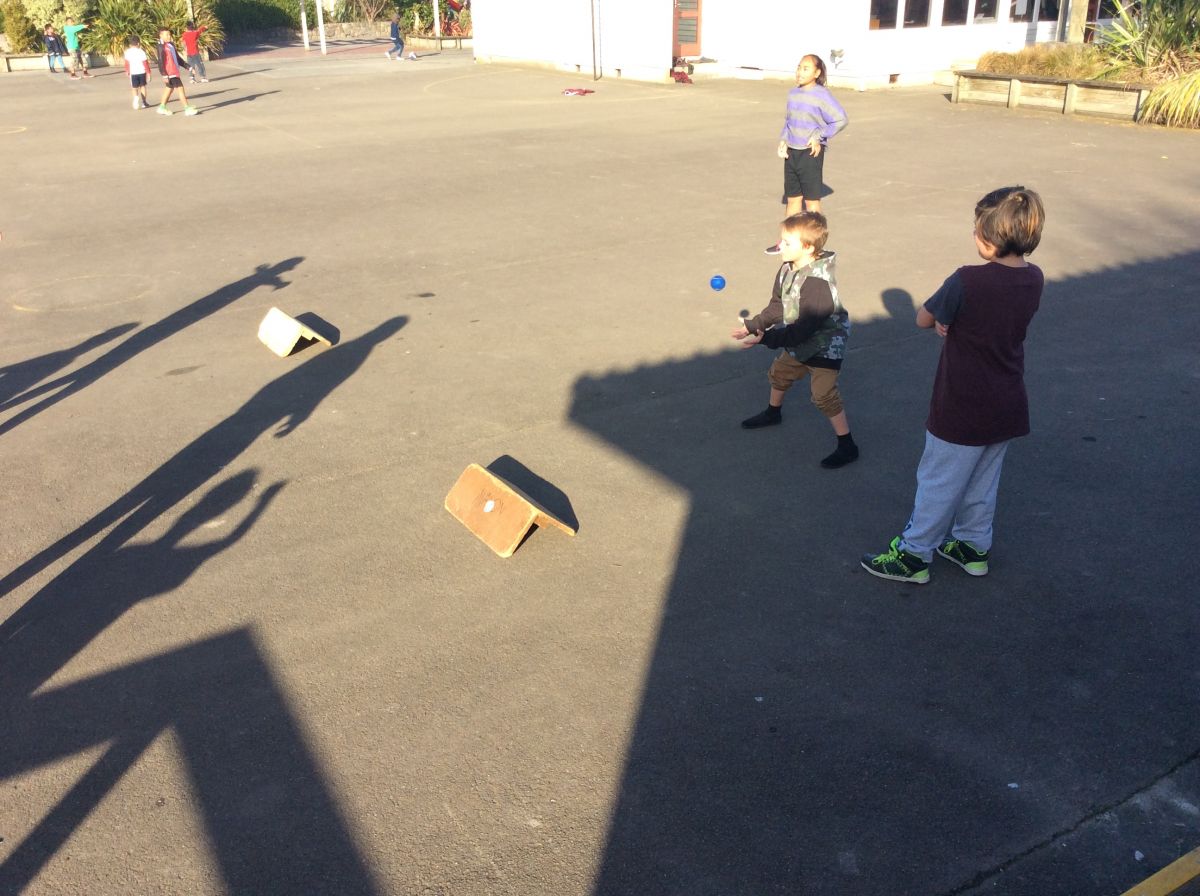 Today I went to a school softball tournament with the Yr 6, Yr 7 and the Yr 8. It was fun because When I first got there I felt excited because I really really wanted to hit the ball and hit it far as I can so that my friends will get a home run. When we got out of the bus we had to get everything cleared. So when we did that we were walking to our place where we will sit there. When we got there we forgot to get the cover of the tent which was not there so we walked all the way down to the tree so that we can get shade. Then it was our first game the lady came to tell us that " you guys are in field 5 versing stone fields".Then I got really excited that I couldn't hear the teacher telling me to stop when I didn't and then she told me to go off Then had to watch tell almost to the end. When I got off I felt sad but then after that, I went in and I bating when I had a turn of bating I was nervous and I lost for our team because they had fast bowlers like really fast bowlers so I couldn't keep up. Then the time was over then we lost. But had more and more games to come and more games to catch up to the 1st place. But we didn't but at least we won 2 games against good teams

I feel bad for our team that we lost half of our games but is it ok because we can learn to get better. Plus we are playing sport to have fun and play friendly to each other and so that when we lose we can also learn how to be good winners and bad losers.

At food tech we had made an amazing food called carbonara. which is a delicshes food i really wana make another one for my mum and dad. But heres the food we made. 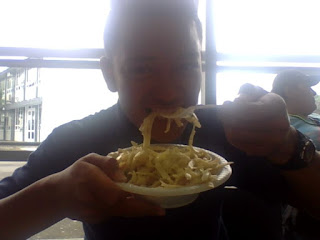 We had our first day of swimming and it was really really fun because it was a hot day and we went after lunch. Which is a good time because of the hot hot day I felt like in was dieing because of the heat. So when it was time I got straight in the class and straight out unfortunately I was no the first one to get changed but I was second. We waited and waited then it was finally to go I was feeling excited and happy that I finally get to cool down my body. Our teacher told us to get in safely so we don't get our selves hurt.

We finally got in the pool, we played a little then Mrs Tofa said every one line up in a line and start practicing on your breathing under water. She also told us to go for a swim around the swimming pool so that we can get fit and be able to swim long distances. She also told people to go one by one and see if you are good at swimming. When it was my turn I tried to be a good swimmer so when I was swimming I tried not to stop but I did it anyway.

I really feel good about have to spend time in the pool because it is relaxing but not only that it is really cool like if was a hot day you could go to the swimming pool when it is your turn. I really feel grateful to be in the pool and I would reckon we should have it every day, every week, every month, and also every year and that will be awesome if that really happens.
Posted by mathew at 22:39 No comments:

When I first walked in my new class room I felt excited because I was gonna learn different things and also different goals for 2019. When I was in the morning block I could already feel I might be getting smarter and like being able to more write faster then I used too.

So then after morning tea I was getting on finishing my work fast but what we did before that is SSR (sustain silence reading) When we finished SSR the new kiwi can teachers came. They introduce themselves then they said we could play outside. The first game we played was invisible touch and then i felt really really happy because we played one of my favorite game which was bull rush. After a couple rounds we went back inside and then the kiwi can people left. Then it was lunch time it was really fun because Room 7 and the kiwi can teachers were playing volleyball which was fun like I said last time. We were playing and playing until the kiwi can teacher said " were are doing point's. So when we were playing point's we were wining then the other team caught up but we were still wining it came to the last point's and my friend Viliami scoered the last point and we won the game and every body in our team were so happy. But then the other team try to cheat and try and get another one but my other friend Ezekiel hit it back to them and we still won the game.

It came to the afternoon I didn't want the day to end so i was trying to work hard. Then we went to the library where we were reading a book name The donkey man and the book was written by the donkey. The story was about how the world war one was like and how the donkey was living with the soldier here a little story on why a lot of people died in the world war 1. Their was a ship and the NZ and the AUS went down this beach were they were getting orders from the captain but the beach was like a circle and wit high hill and mountains. So when they got out of the boat all the Germany people shot them from the hills because the only thing they need to do was point down and shoot. So all the soldiers died but some people ran away an d survived but the ship ditch them then a few hours later the boat exploded caused by an missile from a navy ship.

After the story it was time o pack up and I didn't want to leave like I say a lot of times because it was a fun day and a really fun day and I loved it. But then I can come home and have a rest for the day and yeah that was my first day of school was like.
Posted by mathew at 16:02 1 comment: