Email ThisBlogThis!Share to TwitterShare to FacebookShare to Pinterest
Labels: inqruy


When alex richie and i went to panit ball with these other people from skids and when they first saw all the places they felt excited. We first put on our amour and mask but alex had trouble so i helped him then we needed gas for the panit ball gun.And we were ready to go to one of the places. 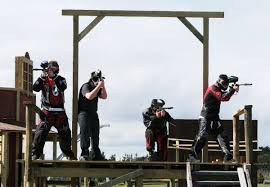 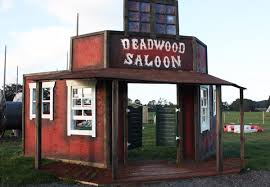 We first went to a cow boy place and the course was capture the flag. And i was in the bule team and and alex was in the red team and richie was in blue teamwith me then the refere said 3 2 1 go and then we started. I went to go and try and get the flag but i got shot by someone and it was pain full it feels like geting bited by a dog so i quickly run back safely. Then a person from the other team took the flag and we lost so we went hard mode the hard mode is that the team takes the flag and take it across the emeny’s team. So then we played the i shot the person who tryed to take the flag and then he droped it then i went to take it then i got shot then alex took it and his team won.

Our last game was at the bus and the train because each player has 200 bullet in one tank and som of the people’s bullet’s were tipping so then we had rules. 1 is if that anyone shoot’s some one from the bus to the train or train to bus then they win. 2 is that if you run over to the enemy’s place then you win and 3rd is that is you get shot then you resown to your own base. Then we started playing these people were ruining in a branch and they didn’t know that there were other enemy’s behind them. So they got shot then i went to run inside will they are  still getting shot so i run inside then i shot lot’s of people then i went inside then i won for our team.  I love paint ball because it was so fun and i really liked the course my favourite place was the train and the bus and i really really want to go back there