an inherited, established, or customary pattern of thought, action, or behaviour (such as a religious practice or a social custom
I think it means that their culture is being passed off for generation to generation

This is a dance that they do for fun or pride

I think this is a plant that was changing from being a little flower and then changing into a bigger one.

the act, process, or an instance of migrating
Different parts of the country that you are living in

the process by which businesses or other organizations develop international influence or start operating on an international scale.
I think its something to do with connecting with other people by using signals

Different parts of the global a.k.a earth being highlighted for globalisation

the ability to be maintained at a certain rate or level.
Treating things in the way you want to be treated.

Someone who has control of the earth.

the process of adapting something to modern needs or habits.
I don’t really know but I think its something to do that stuff that wasn’t here on the past now they are like phones, tv’s and much more that are electronic

Different types of modern apps that are being used right now as for today.

the art of representing three-dimensional objects on a two-dimensional surface so as to give the right impression of their height, width, depth, and position in relation to each other.
Other answers from other people lie your parents, your friends, your teacher and your peers

A boy and another boy complaining by whos wrong and whos right.

the regard that something is held to deserve; the importance, worth, or usefulness of something.
The rules or policy you need to follow for e.g RISE meaning R-respect other people, I- integrity-success, and finally E is rEsponsibility. 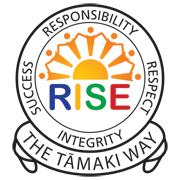 The values we use for my college.
Posted by Mathew @ Tamaki College at 08:48 No comments:

Hello, my name is Mathew I am from Tamaki College I am part of a group called The Island Skittles. I have friends that are with me and that's Leanah, Mary, David, and Paikea. We are one out of the four others doing projects. Our project is based on Water Safety, our major focus is to prevent drowning from happening. We hope to narrow down the number of drownings in Glen Innes, We also are thinking about building a swimming pool for children in our school to have free-swimming lessons but if not poeple will get free swimming lessons in Swim Tastic. So what we've done so far is making surveys for the students in our class because if we start with the whole school we will have to be going around each class and surveying them. We also arranged meetings with people around our school and Panmure and more.

I feel grateful about this project because this is the time to block that thing that has been happening to poeple around water.
Posted by Mathew @ Tamaki College at 20:49 1 comment:

1. What are the names of the children?
Hema and Janey

2. Why had big brother decided to run away from home?
Because they thought that their mother didn’t like them

3. Why did little sister want to follow her brother? How did he try to stop her?
- I think she was too scared at home without Hema and she ran after him to ask Hema if she could come. But Hema Said “ nooo” go home, you’re too` small to come with me”

4. Why do you think the mother chooses the violent relationships she is in over the children?
Because she is too weak and too scared to yell out “NO” to her own kids.

5. Choose 3 quotes from the story which describe the city or parts of it.
A facade of skyscrapers facing the lake and beyond the lake is the reflection of
Beauty.
We shape our buildings, and afterward, the buildings shape us.
The new building is staring at us with glare but some buildings are not the same, some are big some and some are small.
6. Find 4 strong verbs (action/doing words) that show violence and list them.
8. How do we know the children have a close relationship? Give 2 examples.
When they were gonna take the train to their Grandma's house they missed their train so they sat on a bench and hugged each other to keep nice cozy and warm.
When Hema and Janey was walking to the Train station, Hema said he will give Janey a piggy bank is she got tired and said “ we will manage”
9. What was big brother repeatedly asked to do by his mother?
Stop interfering with here business because he’s only getting hurt
10. Who do you feel was worse, the children’s father or Uncle Pera? Explain.
The Farther because he was swearing and choking his wife at the same time, the dad left them with no Farther to look after them.
11. How do you feel about the ending of the story?
I felt really sad for Hema and Janey because their life was very hard and very messy
I also feel glad that the dad is gone because he disrespects his wife by choking her and yeah that's all I got to say

Posted by Mathew @ Tamaki College at 14:01 No comments: